The most exciting week of the year – at least for cinephiles, romantics and people of good taste – is fast approaching. Il Cinema Ritrovato opens Saturday 22nd and is going to unravel its magic up until Sunday 30th. About 500 films from over 100 cinematheques will form the usual, sumptuous party of vintage cinema, lost masterpieces, rare documents from past eras and sophisticated gems. A real grande bouffe that will leave the cinema lover ecstatic and rather overwhelmed, while the rest of the city witnesses this hustled coming and going of pale creatures with black and white badges running from Piazzetta Pasolini to Piazza Maggiore, from Jolly cinema to Arlecchino, occasionally stopping for a piping hot plate of tortellini in brodo (it’s only 33 degrees outside, why not) at Bertino and a quick glass of fresh whine while revisiting once again the monumental festival’s catalogue. Because yes, il Cinema Ritrovato is also that thing that turns Piazza Maggiore into a massive open air cinema, but no, it is not only that. It’s screenings from morning to night, it’s aficionados of all ages flocking from all corners of the world to take part to this immersion into cinema passion in its purest form, it’s one of the most beautiful film festivals in the world, one that can afford to do without the glamour, and it’s the occasion to see something otherwise impossible to see, to discover something new and to enjoy the city from another perspective. So, even if you are not a hardcore cinephile, keep in mind that this festival only comes once a year. And the time is now. Here’s my list of the ten (among many many other) reasons why you shouldn’t miss it.

1) The smokey charm of the carbon projector

You’ll find it on Piazzetta Pasolini, the courtyard of Cineteca di Bologna, where some silent movies are shown with live piano music and the old-style carbon projector, which also releases a nostalgic contrail of vapor. Entrance is free and you can enjoy the old fashioned experience while sipping a drink from  the open air bar Cameo.

2) The striking colors of Gigi and Moulin Rouge

Flamboyant and larger than life, each year  the colors of cinema throughout film history are celebrated by this traditionally black and white festival, with restorations of hand-coloured films from different archives around the world. Among the gems that we’ll see this year, John Huston’s Moulin Rouge and Vincente Minnelli’s Gigi.

The icon of French cinema Jean Gabin (and his unique, tough man’s profile) is celebrated with a monographic selection of movies from the future star’s debut to his latest works. Within the section “Jean Gabin, the man with blue eyes” we’ll see earlier works like Cœur de lilas and Pabst’s Du haut en bas, as well as his post war and post American life (and post Marlene Dietrich dating), grey-haired interpretations, including Ophuls’s masterpiece Le plaisir, which will be screened on Piazza Maggiore: don’t miss it.

4) Coppola in the piazza (and Apocalypse now’s new cut)

It’s hardly news the power of attraction that this festival exerts on famous actors, and especially on notable directors. So it’s no surprise but certainly good news the very presence of Francis Ford Coppola on Piazza Maggiore. The director will be there to introduce a restored version of his classic Apocaypse now, with once again a new cut. 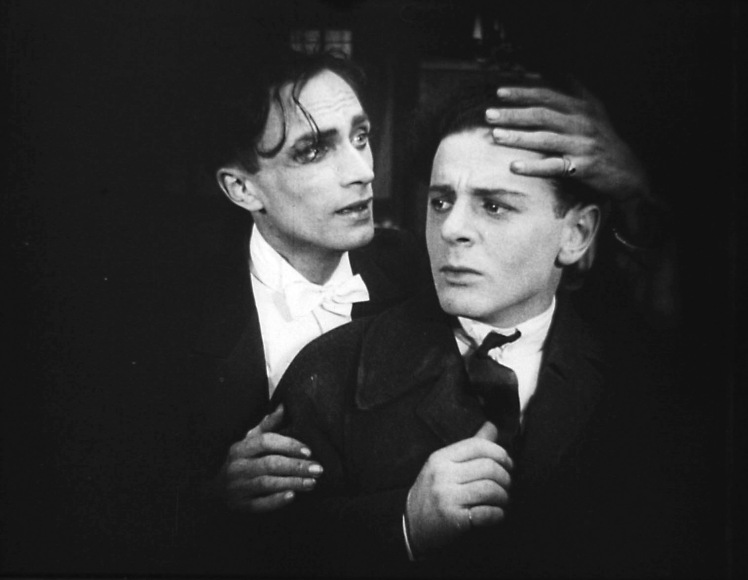 Released and immediately retired from the screens, censored and partly destroyed,  1919’s Anders als die Andern (“Different from the others”) might as well be the first gay movie of all times. It was released in a particular moment when censorship wasn’t on in Germany, but caused such a stir that it was promptly restored. What remains of the movie was recuperated and restored and will be screeened during the festival. 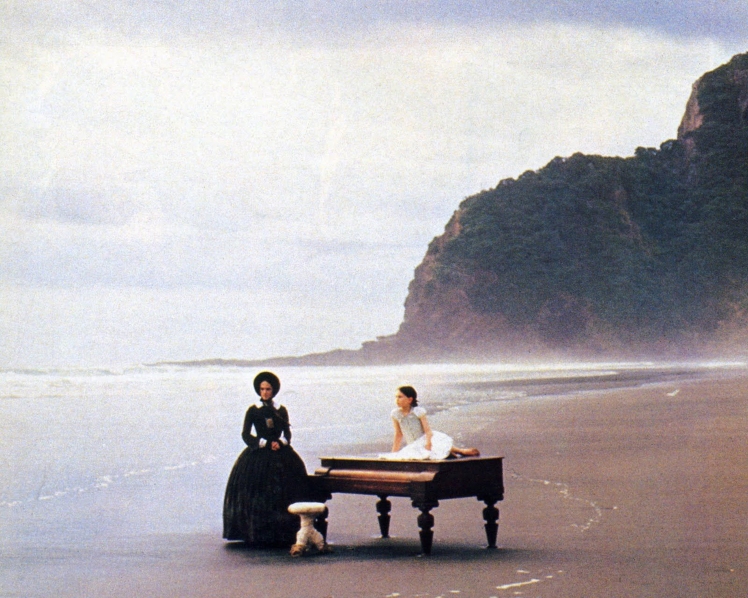 Il cinema ritrovato’s fascination and active involvement with the restoration and featuring of movies from the silent era is so strong that 10 piano players will be involved, playing live, in the many screenings, starting with Cineteca’s own Daniele Furlati. Incidentally, “The piano” will be shown in Piazza Maggiore at the presence of director Jane Campion.

To show that this festival isn’t only for cinematheque geeks and lovers of niche cinema, each year there’s also a presence of massively known icons of popular cinema. This year we’ll enjoy Indescreet, with sparkling couple Cary Grant – Ingrid Bergman (together ten years after Hitchcock’s Notorious) as well as Destry Rides again, a vivacious western with Marlene Dietrich and Jimmy Stewart,  Aida with Sophia Loren, and documentaries on Romi Schneider and Anna Magnani.

8) Are you familiar with Musidora? 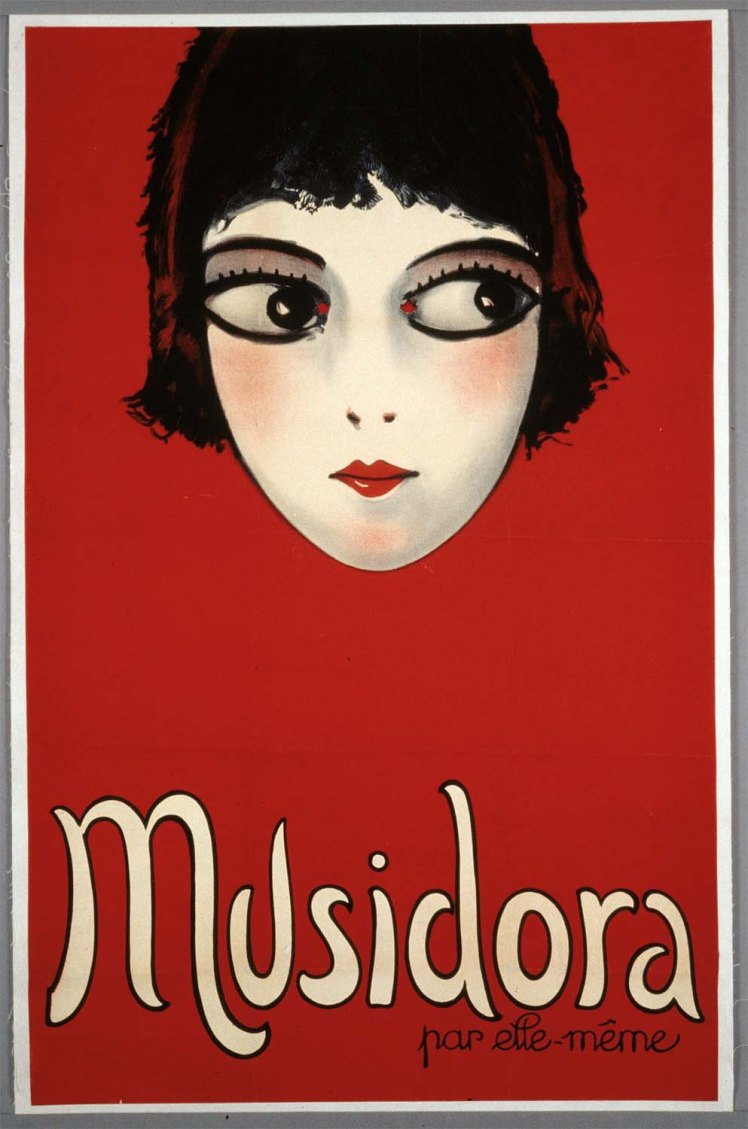 I was not, but I cannot wait to see her transformations from actress to producer and director, from ante-litteram catwoman to vampire to spanish diva to writer to cinema historian and archivist. Il Cinema Ritrovato has already celebrated the biggest stars of the silent era such as Louise Brooks and Mary Pickford. This year it is the turn of multifaceted Musidora, aka Irma Vep (anagram of “vampire”), aka Jeanne Roques. Muse to Robert Desnos, André Breton and Louis Aragon, friend of Colette, daughter of a feminist mother and socialist father, she started as painter, mime, music-hall star and apparently never stopped.

9) Look East. Korean cinema before it was cool

Il Cinema Ritrovato is divided into three macro-sections: Heaven of Cinephiles, Time Machine and Space Machine. The latter explores movies and directors from countries and traditions that are often less explored and a lot less famous than American and European cinema. This year it is the turn of Corean cinema, and before you say “But I loooove Kim-ki Duk” we are talking Korean Cinema from the Sixties, aka The Golden Age of Korean cinema, like the title of this section. I confess my absolute ignorance in this part of the world’s production of that decade, tha the Festival’s program calls  one “in which the first Korean auteurs created films that were both hugely popular and cinematically daring”, but I already underlined in the program titles like Hyuil (A Day Off, 1968, banned and unseen until 2005) and newly restored classic Goryeojang (1963).

And of course there’s the magnificent open air cinema provided by Piazza Maggiore, that every night will be involved with the screening of a restored masterpiece. Every night you’ll se students, elderly people, housewives, bewildered tourists, cinephiles and flaneurs of all ages, all packed in the seats, stairs, or raw floor, all with their nose up, celebrating this cinematic rite that every summer makes this city unbelievably welcoming and incredibly beautiful.