How many of you casually go to “surrealist parties”? Or hang around with the most creative talent of your generation? How many of you split your time between Paris, New York, London and Egypt and your career between being a fabulous model, an accomplished photographer, a war journalist and a chef? This is just a fragment of what was the life of Lee Miller, a turbulent, talented, charming creature that intensely inhabited some of the most interesting decades of the last century (impressing her mark on the roaring Twenties, the contradictory Thirties and the scary Forties), gracing them with her photographs, behind and in front of the camera. 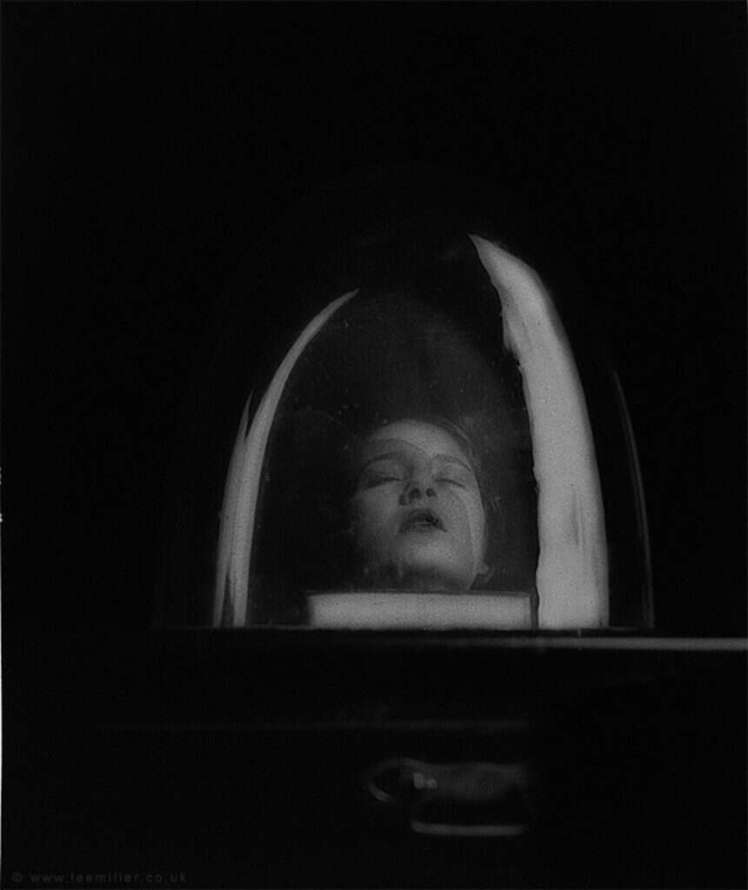 If you’re not familiar with this incredible personality, you can make up by visiting the exhibition currently at Palazzo Pallavicini, called “Surrealist Lee Miller”, which captures her work as a photographer between circa 1929 and the end of World War Two, while narrating the adventurous life of this iconic, unique artist mostly known for her nude picture in Adolf Hitler’s bath tub.

But back to Paris, and the late Twenties. Already a celebrated Vogue model back in New York (legend wants her to be discovered on the street by no less than the very Condé Nast, who saved her from being invested by a car) she moved to the Ville Lumière and became the assistant of Man Ray, whose style was also her inspiration and with whom she defined the photographic technique called solarization.

In Paris she also made friends with la crème de la crème of the art scene: Picasso, Miro, Paul Eluard, Cocteau. Soon bored (boredom and sudden twists in her life were a standard feature of hers) with all that Paris had to offer, she moved back to New York, continued to work for Vogue and to establish herself as a photographer and captured that ambiguous balance of glamour and poverty that was ’30s America during the Depression era. Another sudden move and she’s in Cairo, married with Egyptian businessman Aziz Eloui Bey.

In Egypt, she continues to take photographs but is soon bored with the Cairo life and during a trip in Paris she meets surrealist painter and art curator Roland Penrose, who’ll become first her lover and then her second husband. With Penrose she spends some time in Mougins, South of France, with the company of Picasso, Dora Maar, Paul Elouard, Eileen Agar and Man Ray. It is a time of beauty, freedom, love, art and experimentation. 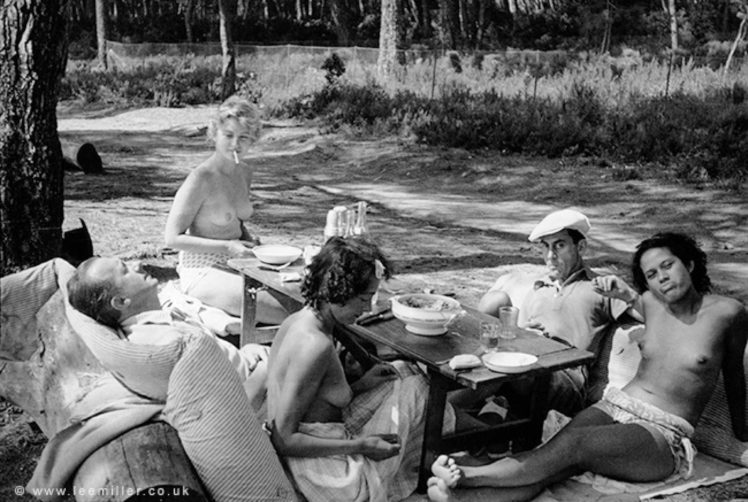 In 1939 she moves to London but World War Two is destined to change her life and attitude. She becomes a war reporter, documenting the effects of the London bombings, enrolls in the  London War Correspondents Corp  and covers the war for american Vogue.

There is nothing fancy or fashionable about her work in the Forties. She documents the aftermath of the D Day, the first use of napalm, the liberation of Paris, but most of all she is among the firsts to see the horror of Dachau and Buchenwald. Here the exhibition changes suddenly, there’s no more beauty or surrealism, only horror and fear and pain, and the images Lee saw and captured were destined to leave a mark in her mind.

After the war is over she continues to photograph historical moments, like the execution of former Hungarian prime minister Làszlò Bàrdossy as well as the poverty and famine in after-war Vienna and the lives of hungarian farmers. She moves to the Uk, starts suffering from a depression that is perhaps caused by a post traumatic stress disorder, divorces from Aziz and marries Penrose in 1947, the same year in which she gives birth to her child, and future historian (it is thanks to him if the art and history of Miller became famous), Antony. Two years later the family moves to east Sussex and their residence, the Farley Farm House, becomes a hub for artists and famous guests, from old friends Picasso, Ray and Ernst to Jean Dubuffet, Saul Steinberg and Dorothea Tanning. 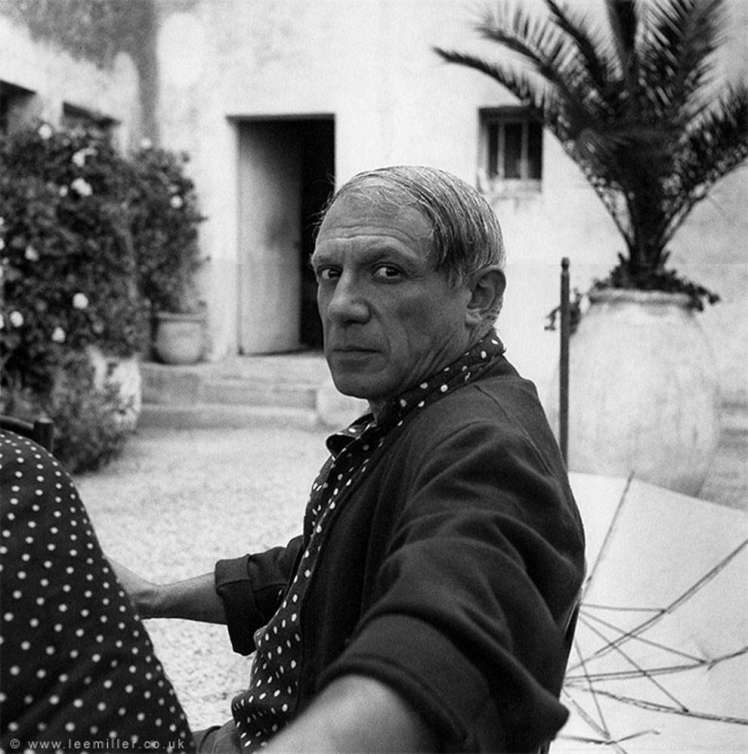 Here Miller becomes more and more hostess Lady Penrose, giving up some of her photographic passion but never giving up creativity. She is now a very appreciated chef, with a certain penchant for “historical food”. She continues to suffer from depression (not only her eyes had seen some of the most horrifying images in history, she was also raped as a child). According to Wikipedia, in 1969, Miller was asked in an interview with a New York Times reporter what it was that drew her to photography. Her response was that it was “a matter of getting out on a damn limb and sawing it off behind you”. She dies of cancer in 1977, aged 70, in Farley Farm House.

The exhibition covers the evolution of Lee’s work (from fashion to surrealism to raw reporting) and shows her unique beauty and incredible story, while also capturing two decades of undeniable charm as well as of massive change. The photographs on display show art celebrities and beautiful socialites as well as war victims and dramatic moments. They are precious documents of a not too far era and proof of a passionate talent. And Miller’s personality comes out of them in a fascinating manner.