Wherever you look, lately, there’s a chance you’ll find some Frida Kahlo. Yes, this fall (and the upcoming winter too) Bologna gives a big warm embrace to the art and life of the Mexican painter/pop icon. It’s a feast of photos, pictures, videos and comics.

Only yesterday, Vanna Vinci’s latest book Frida: operetta morale in fumetti was presented among the many openings and showcases that anticipated comics art’s Festival Bilbolbul. Vinci’s work is a colorful “graphic biography” with two main characters constantly facing each other: one is the artist herself, the other is… death. Yet is less gothic than you would expect, and don’t forget that skeletons (like the perfectly dressed up one the book’s Frida is talking to) can be quite colorful and vivacious in Mexican popular art (in a Dia del los muertos fashion). The grim reaper’s long shadow was actually quite a presence in Frida’s life, with suicide attempts, family deaths and her long illness, but the book still manages to be filled with many other brighter, more vivacious icons of Kahlo’s imagery (birds, flowers, fruits, monkeys) along with symbols of Mexicanidad, from Catholic influence to Aztec roots. 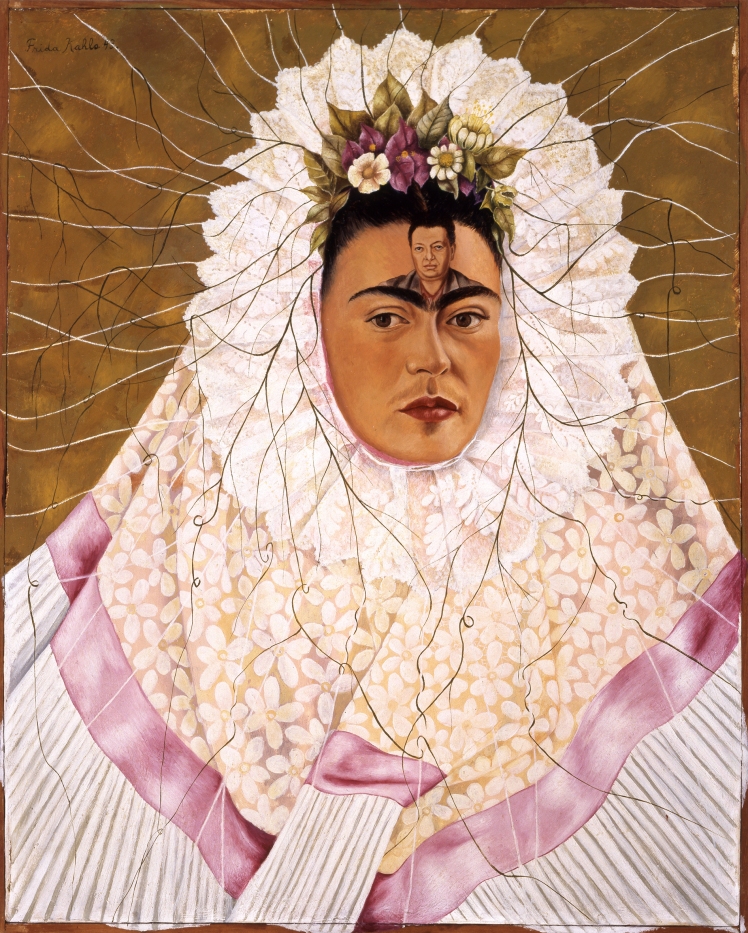 Then there’s that exhibition whose opening I had gladly  attended and that also inspired my previous post. La Collezione Gelman: arte messicana del XX secolo (scroll down the link to english text) is along with Dalì Experience the highlight of the current art season in Bologna. Featuring not only Frida Kahlo, but also Diego Rivera, RufinoTamayo, María Izquierdo, David Alfaro Siqueiros and Ángel Zárrag, it still has the vibrant, disturbing woman artist as its main focus, showing her life and production through a number of famous self-portraits (“With necklace”, “Sitting on the Bed “, “With Monkeys”, “As Tehuana”) and pictures (including The Love Embrace of the Universe, the Earth (Mexico), Diego, Me and Señor Xolotl), as well as video footage, photographs and a collection of famous designers’ clothes and gowns inspired by Frida. I am not 100% in love with this latest detail (but the rest of the exhibition is definitely worth a visit, with its triumph of colors and intensity being enhanced by the beautiful walls and ceilings of Palazzo Albergati), but it can provide a softer transition from the previous show. Before Frida and friends came, Palazzo Albergati hosted for months the Barbie Exhibition. And if this fashion addition can bring more visitors to an art show, also intriguing those with a taste strongly oriented towards hyper-pop icons or devoted to fashion, then be it.

Speaking of pop, I casually dropped the Bilbolbul name some lines above and am going back there now. It happens to be quite a cool comics festival with names and books and openings and authors filling several galleries and other locations around town. Among the official exhibitions there’s Marco Corona’s Il canguro pugilatore, retrospective also comprehending some of the works he drew about and of Frida Kahlo. Corona has in fact dedicated two books to Kahlo, the latest Krazy Kahlo being a sort of compeltation of the former Frida Kahlo, una biografia surreale. Extracts from the book can be seen at he National Pinacotheque until December 18th.

And finally there’s Ono gallery, the tiny gallery specializing in photographs and posters with the best pr in town. Whatever they do, be sure it’s being featured in Vanity Fair, GQ and Vogue before you have time to order your copy of La Repubblica Bologna. Same story with their openings: always a success. It certainly helps having such a strong focus on popular icons, usually musical (from Bowie to Madonna) but not just. Currently hosting a collection of rock poster art (all for sale, like for all Ono’s exhibitions), from December 15th it’s going to open its doors to the Mexican icon too, with a stylish collection of photos taken by Lucienne Bloch. Bloch met Kahlo at a Manhattan’s party in 1931 and the two (despite an initial jealousy from Frida) became friends ever since. Lucienne Bloch: dentro la vita di Frida Kahlo, this is the name of the exhibition, is a collection of photos documenting the fellowship and friendship between the two artists and also some moments of Frida’s private life. 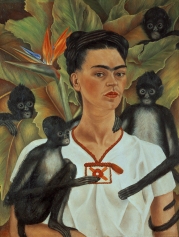 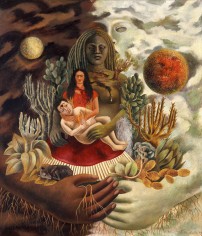 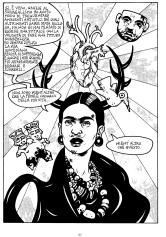 Basically, if you’re a fan of Frida there’s little more you can ask for this season. 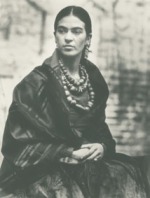 And if you are not, may be it’s time for you to become one.