Oddly enough, when it comes to books set in Bologna, most of them are thrillers. As if this playground of a city (the typical student’s opinion) and foodies’ heaven (tourists’ most popular slogan) would acquire a brand new identity when represented in a book. Because thing is, The Red‘s traditionally cheerful atmosphere becomes, in most writers’ minds, a subtle façade that actually hides mysteries and murders, not to mention its endless arcades: warm and intimate in real life, Bologna’s iconic “portici” become dangerous tunnels where the most efferate actions take place when transported into a novel’s pages.

So here’s a rather representative list of the 5 most popular books set in this lovely (?) city. A popular american thriller, three noirs by local authors and just one novel for the young and tender at heart. Tip: get the one that intrigues you more and go read it in Piazza Santo Stefano, wind blowing in your hair, facing the Seven Churches. 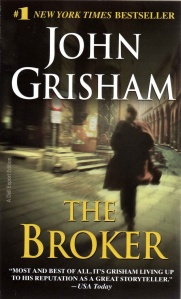 Author John Grisham wrote a note at the end of the novel: «My research (too severe a word) led me to Bologna, a delightful old city that I immediately came to adore». A classic story of espionage and covered identities, this thriller about a man forced to to live a new life under false in Italy name is mostly set in the little streets and porticoes of The Red (with additional scenes in Milan and Treviso). Apparently, Grisham might also be responsible for starting the gastronomy hype that currently surrounds Bologna: «My friend Luca Patuelli showed me around. – he also writes in the note – He knows all the chefs in Bologna, no small feat, and in the course of our work I put on about 10 pounds.»

Within the last decade, writer Carlo Lucarelli became also a famous tv celebrity, presenting several programs about mysteries and deserving his very own impression by comedian Fabio De Luigi. But before becoming famous for the “You scared uh?” motto, he created quite a hype with his numerous thrillers set in Bologna, starting with Almost Blue, written and set in the late Nineties and translated into a movie three years later. With its “revolutionary” choice of a policewoman as a main character and references to “scanner-radios”, it is already a vintage classic.

Just like iconic movie Il sorpasso, this book takes us to the sunny desolation of very own Italian bank holiday “Ferragosto”, when everything stops and everyone seems to disappear. But unlike the restless character of Dino Risi’s film, the main characters of Black out have little fun. Everything begins with an empty building, a black out and three people stuck in an elevator…

Here’s another novel successfully transformed into a movie, starring italian celebs Giovanna Mezzogiorno and Valerio Mastrandrea. The plot revolves around Leila, an attractive young woman unashamed to charm her way into the wallets of the men she meets at night clubs, and Franz, a bored and depressed bus driver who only does night shifts. 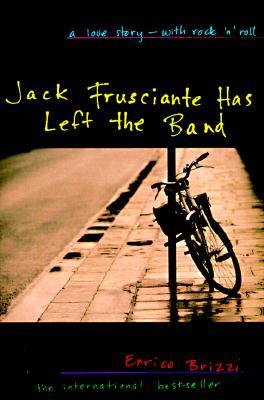 This is where the atmosphere radically changes. No more murders and mysteries: this late-teen classic from the Nineties is a coming-of-age tale set between endless bike rides along the porticoes and sunny afternoons in the hills, the “colli” where Bologna’s wealthiest youth spends its time between smoking weed and taking advantage of rich parent’s empty houses. But there is nothing “naughty”, nihilist or even vaguely resemblant of Bret Easton Ellis’s  Less than Zero here: rather, a delicate tale of growing up and falling in love within a reassuring, although vaguely suffocating, bourgeois context.

2 thoughts on “5 novels set in Bologna”