“Back in my days”, when I was a graduate in London, I took a summer course of journalism at London College of Printing (now London College of Communication). The University was and still is in Elephant and Castle, quite an interesting place with its Caribbean flair, its traffic, its not so chic (at least that how it was some 15 years ago) huge mall that worked as a village square, dominated by a flashy emblem. A cheerful, colorful elephant carrying a mini-castle in its back. Yes, you bright readers, in honor of the area’s, and tube station’s, bizarre name.

That peculiar place so far off the tourist track and its even more peculiar name somehow remained in a corner of my mind, even if the only thing I learned during that brief course was that most Oxford graduates end up writing for The Sun (or at least that’s what I was told: I didn’t check the facts, I wasn’t a journalist yet). It was depressing news so I decided to erase it from my mind, just like the rest of that rather inconsistent experience. What I do remember though is feeling slightly lonely and spending lunchtime in that mall, where open-air stalls co-existed with  high street shops and whose atmosphere couldn’t be farther from that of the booming, aggressive West End, and the niche, still edgy Shoreditch were I lived in 2001. I kept a memory of that place in the shape of a big question mark and an even bigger elephant carrying a castle. Never knew what that meant, never asked: I wasn’t a journalist yet. 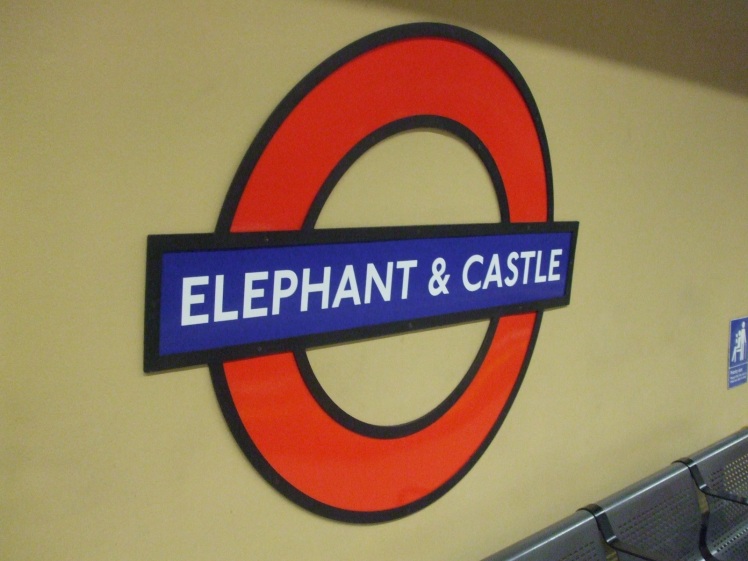 Jump cut. Present. Here I am, walking down Bologna’s tiny streets, enjoying how the light caresses the old, red, massive walls of the most ancient buildings and what catches my eyes? Yes. An elephant, big fat elephant, carrying a freaking castle on its back. Exactly the same emblem of the tacky shopping mall in South London, if it wasn’t for this is a “bas relief” in a historical palace, only a few steps from the Two Towers. It is called Palazzo Fantuzzi, it dates back from the XVIIth century and, yes, it has a bas relief with the same image of a London’s tube station and shopping mall. 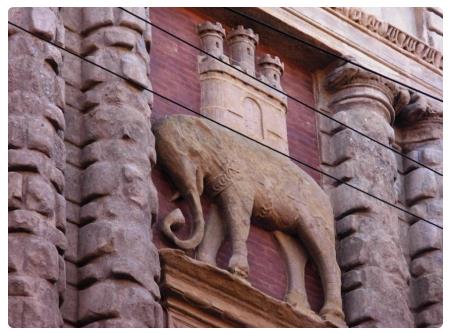 I did my research. According to hidden-london.com, “there is almost certainly no truth in the widely held belief that the name is a corruption of Infanta de Castilla (‘Princess of Castile’). The more likely connection is with the old heraldic symbol of an elephant with a castellated tower on its back, which was especially used by the Cutlers’ Company to indicate to the use of ivory in knife handles. The tavern became a coaching halt and thus gave its name to the junction”. But what about the one on Via San Vitale? According to this source, it was the emblem of the Fantuzzi (a possible contraction of Elefantuzzi, “little elephants”) family. As a matter of fact, the palace was also known as “The elephants’ palace”. Actually the elephant was used in the past for several different emblems, symbolizing strength and a long lineage.

It would be fascinating to trace a common lineage shared by London’s and Bologna’s elephants, possibly a family so strong in the past that it left its signature in both cities. Ideally, a spanish noble family, so that also the “Infanta di Castilla” story could acquire some more sense. However, it must be noted that London’s elephant carries a one-towered caste, while the one in Bologna supports a castle with three towers. So here is where my story of the patrician family conquering Bologna and London and leaving in both places of my heart its mark collapses. Still, it is always a pleasure to walk down Via San Vitale, admire the recently restored and indeed beautiful Palazzo Fantuzzi, and instantly get reminded of a buzzing shopping mall in South London and a Caribbean atmosphere. It is a secret a share with the elephants.