There are two ways to make a brand of your local specificity. The vicious one is adapting it to a confused idea of what tourists need, i.e. promoting  the non-exixtent “Spaghetti Bolognese”. The virtuous one is valorizing what is authentic. The cycle of events that goes by the name Arkaden luckily chose the second option.

Like many know, Bologna is famous for its apparently endless chain of porticoes (they actually go on for 42 km), a medieval heritage that other Italian cities have, but none with such an intensity and passion. 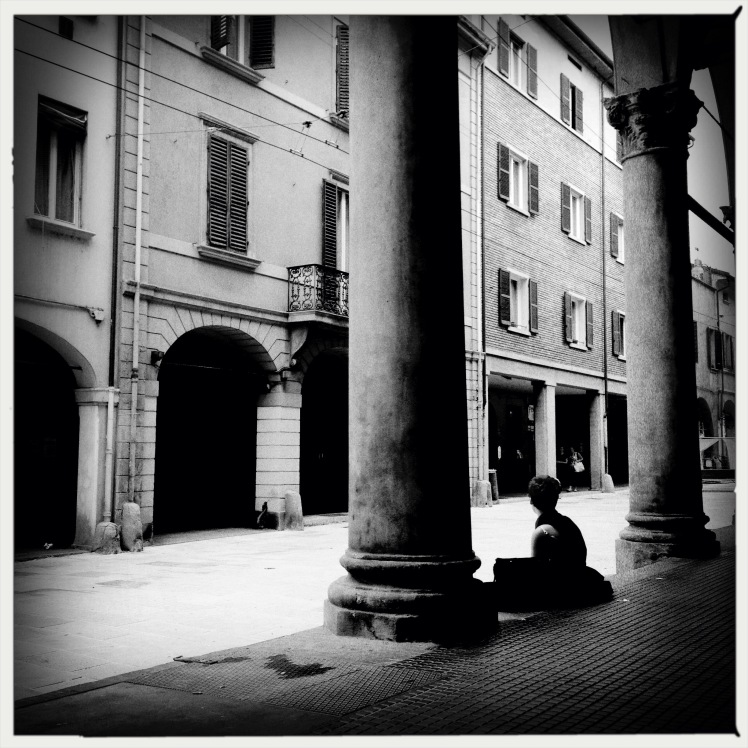 Speaking of passion, it was ten years ago that Bologna’s “portici” where put into a list of potential Unesco sites, and they still are. In order to mark the request to the Unesco guys and to celebrate their long, maternal embrace (the portici’s, not the Unesco guys’), the event “Arkaden” was created.

Starting tomorrow, february 25th, with the inauguration of german painter Bettina Bülow-Böll exhibition in Palazzo d’Accursio’s Sala D’Ercole (dedicated to… surprise! Yes: porticoes), it continues tuesday February 28th with a concert at Bravo Caffè, one of the two famous jazz bars in Via Mascarella (the other is Cantina Bentivoglio) and then the following saturday, Marc 2nd, with a conference in Oratorio S.Filippo Neri. 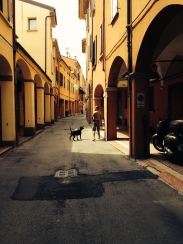 But the hightligh of this mini-marathon of love for the portici will be the screening of Arkaden, a movie from Christoph Böll (yep, Bettina’s husband), at Estragon Club, with live music from former Tangerine Dream Steve Schroyder and former Birth Control’s Zeus B.Held.

But why the German invasion, you might ask. Because this particular event is under the promotion of the local Lions’ club, which in turn has a sister city in Germany, Bochum, where this couple of artists and Bologna estimateurs comes from. So, more Germans in love with Bologna, less foreigners convinced that Spaghetti Bolognese do exist, more fame for the famous portici: let the virtuous circle circle up!