I had promised some deep diving into the Christmas markets of Bologna and here I am, reporting for duty. This weekend was quite electric with the city completely invaded by people running to and from shops (to get those bloody presents) and, of course, walking through markets. 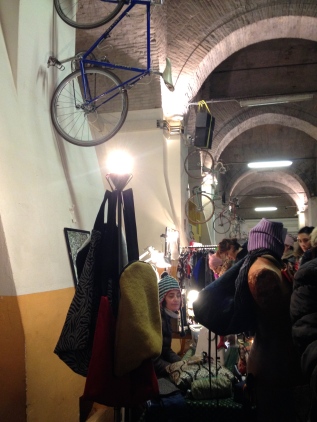 The first I visited is the lovely The Garage at Dynamo, the uber-cool bike station that occupies a former anti-bomb shelter under the Montagnola gardens. I keep mentioning this place here and there and feel like I have to write a monographic post soon. Anyway, back to the market. 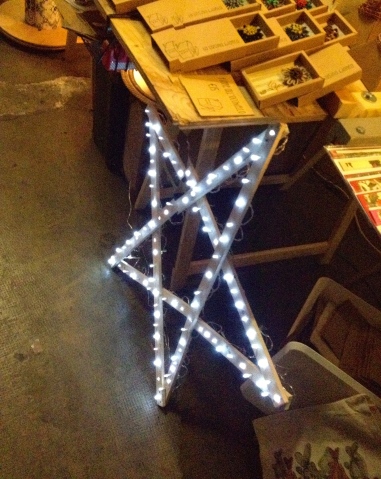 As the epitome of urban cool, Dynamo regularly hosts some little markets of either vintage fashion or handicrafts, with quite a cool crowd attending, little dj set from the late afternoon and stuff. I got myself some nice stuff, with special mention to the voluminous scarf made with bright red recycled african fabric on one side and black fluffy fake fur on the other (less extreme in real life than described) and place mats made from old ads. You won’t be able to go before Christmas, since Garage (as well as fellow market Dyna) doesn’t happen every week end, but I advise you to check their page to stay updated and attend the next time. 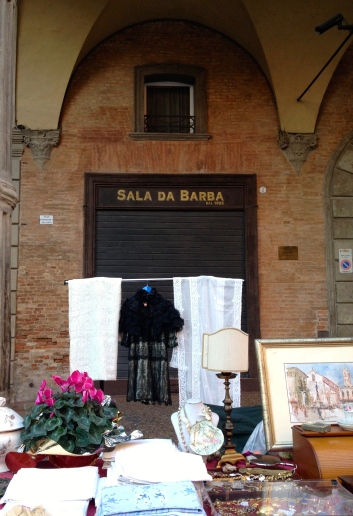 Still on the “Sorry, you missed it!” section, there was also a special edition of the picturesque Antiques’ market in Piazza Santo Stefano. Traditionally held the second week end of every month, it came twice in December with its traditional ensemble of pricey antique forniture, old jewelry from Africa and Asia, lovely vintage magazines and ads, old editions of books, posh locals hanging around with their pure breed smug dogs.

This particular sunday I was lucky enough to happen there when a little Hare Krishna group was dancing and singing, so I had the pleasure of seeing the effect of cymbals and bindis spreading their good vibes around the rather perplexed public. Nice.

Talking about antiques,  you can actually still visit the one in Piazza Maggiore (under The Podestà Palace porticoes).   Less pretentious than its bigger brother from Piazza Santo Stefano, this particular one happens only once a year especially before Christmas, and it is on until December 24th. It’s pretty traditional antiques items, but worth a visit because it’s super central and nice, other than very quick to look at. 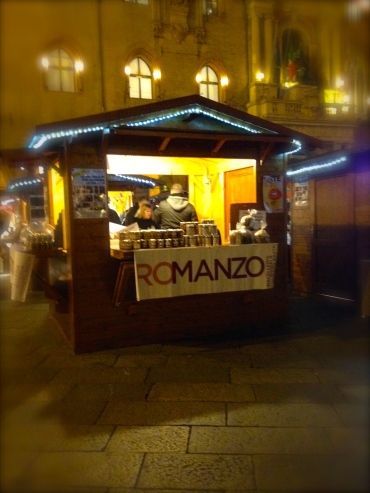 And once you’re in the area, Piazza Maggiore also hosts  a handful of little stalls selling artisanal beer, organic food, hand-made little crafts in from of Palazzo D’Accursio and at the border of the famous “crescentone”. A little, sweet selection of simple pleasure (like food and booze and perfumes…). What is nicest though is the graceful choice to only occupy a little corner of the square, so that the wooden stalls in the shape of little houses decorate with their little lights the place, but do not take too much attention, leaving to the magnificence of the buildings all around them their century-long right to shine.

The beauty of watching your neighborhood and your city breath. Arena Orfeonica is a successful experiment of living urban poetry
Loading Comments...
%d bloggers like this: